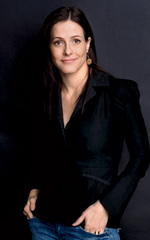 "Following the Money: From Enron to Hedge Fund." Before joining Vanity Fair as a contributing editor in 2008, Bethany McLean was an editor-at-large for Fortune magazine, where she wrote an article in March 2001 that raised questions about the immense profitability of Enron, then a darling of the stock market.

McLean's article "Is Enron Overpriced?" was the first in a national publication to openly question the company's dealings. In 2003 she cowrote a book about the scandal that led to the energy company's collapse, The Smartest Guys in the Room: The Amazing Rise and Scandalous Fall of Enron, which was developed into a documentary in 2005. McLean graduated from Williams College with a double major in math and English. She worked as an investment banking analyst at Goldman Sachs until 1995, when she joined Fortune as a reporter.