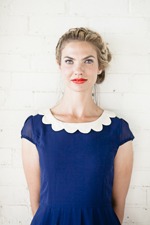 Part of being an artist is the never-ending hunt for a spark. Mindy Gledhill's relentless search has led her all over the map-- from recording a wildly successful independent album in a Los Angeles backyard with Juno-nominated producer Stuart Brawley (Lenka, Emmy Rossum) to creating her brand new record in the creative epicenter of East Nashville with acclaimed producer Cason Cooley (Sixpence None the Richer, Katie Herzig, Matthew Perryman Jones). Sparks flew when she was featured on a Grammy-nominated album (Kaskade's Fire & Ice), and when her songs debuted on primetime TV (So You Think You Can Dance, Bones, 20/20), and in commercials (Fruit of the Loom's Olympic ad campaign).

Her search has also led her to sing and dance with women in the jungle on a humanitarian trip to Kenya, to lead an artists' retreat to Morocco, to guest-star with orchestras, rock bands and bluegrass revivalists. Suddenly, she found herself with a #1 single in Korea, a sold-out tour in Japan, and sold out shows peppering the U.S. The sparks she gathered throughout these journeys spilled out onto notebooks, napkins, paper plates, and-finally-her latest album, appropriately titled Pocketful of Poetry, which released last September. It's an enchanting and intoxicating amusement park ride through the candy-red View Master world of her childhood, the sepia-toned sentimentality of leaving the nest, the rollercoasters of love and loss, and following the bread-crumb trail back to the childhood home that had never left her heart.