A Deeper Black: Race in America 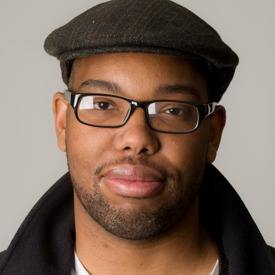 Ta-Nehisi Coates is a national correspondent at The Atlantic and author of "Between the World and Me." Martin Luther King Jr. Legacy Series Keynote.

Autographed copies of his book will be available for sale in lieu of a book signing.

Ta-Nehisi Coates is a national correspondent at The Atlantic and wrote the magazine's recent cover story "My President Was Black," a history of the first African American White House. He is the author of the bestselling book Between the World and Me, which is written in the form of a letter to his teenage son about the challenges he will face growing up black in America.

Coates' June 2014 cover story on slavery and race, "The Case for Reparations," won the George Polk Award for Commentary, and in 2015 he was named a MacArthur Fellow. He is also the author of the memoir The Beautiful Struggle.