Film & Discussion: Love Is a Verb 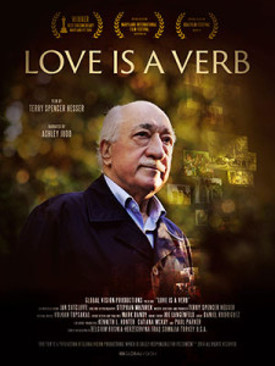 A documentary examining Hizmet, or the Gulen Movement. Executive Producer Kenneth L. Hunter and co-producer Hakan Berberoglu will provide opening remarks and participate in a discussion following the 55-minute film.

Love Is A Verb is a documentary film that showcases Hizmet, a social movement rooted in Islam that focuses on universal values of sympathy for the fellow human, compassion, and altruism. It is also known as the Gulen Movement for its inspiration and leader Fethullah Gulen, a man that Time Magazine named as one of the most influential leaders in the world in 2013. The film was directed by Terry Spencer Hesser, a recipient of three Emmy awards.