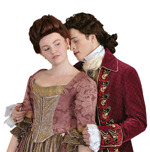 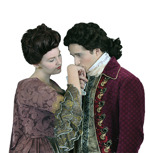 In France before the revolution two aristocrats who were former lovers now compete with each other in games of seduction and revenge, meeting in private to boast about their talents and conquests. Their sexual targets are virtuous, but that does not concern the pair. After all, they are heartless competitors, or are they? This script combines the worst parts of life such as betrayal and manipulation to the happiest emotions of being in love.

Contains adult situations and is intended for mature audiences. Get tickets through the Iowa State Center Ticket Office in Ames or TicketMaster beginning September 14. Tickets are also available at the door.