Lecture: The Diversity and Evolution of the World's Languages 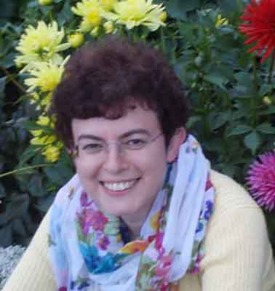 Linguist Asya Pereltsvaig studies how languages evolve, their commonalities, differences, and what they can tell us about our human past. The Quentin Johnson Lecture in Linguistics

Pereltsvaig received her PhD in Linguistics from McGill University in Montreal and has taught at Yale, Cornell and Stanford, as well as at several European Universities. Her areas of specialization include Slavic languages, syntax and typology, and historical linguistics, and her general academic interests include languages, history and genetics, and the relationship between them. Her most recent book is Languages of the World: An Introduction and The Indo-European Controversy: Facts and Fallacies in Historical Linguistics, which she coauthored with Martin W. Lewis.