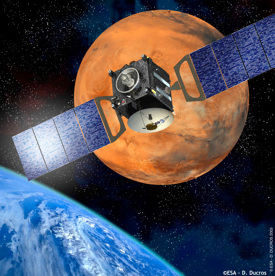 "Water Exploration in the Solar System: The Restless Hunt for Life," Essam Heggy is a planetary scientist at the University of Southern California Viterbi School of Engineering and a Rosetta co-investigator at the NASA Jet Propulsion Laboratory.

He will discuss methods being used to explore possible subsurface aquifers and ice deposits on Mars as well as NASA's and the European Space Agency's future plans future plans to probe subsurface water on Mars and Jupiter's icy moons.