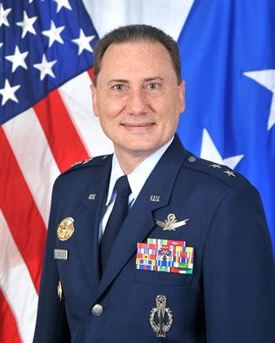 Maj. Gen. Clinton E. Crosier is Director of Operational Capability Requirements and Deputy Chief of Staff for Strategic Plans and Requirements for the U.S. Air Force at the Pentagon.

Part of the World Affairs Series

General Crosier also oversees the execution for the Capabilities Development Council and is responsible for shaping and finalizing capabilities based requirements documents for approval by the Joint Requirements Oversight Council. He directs and supervises the activities for more than 110 military and civilian employees in seven divisions and one named activity, including requirements officers and weapon systems experts along with professional, technical and clerical staffers.