Lecture: Black Holes in the Universe and in Hollywood 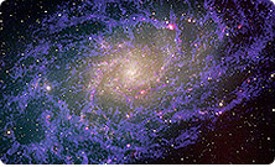 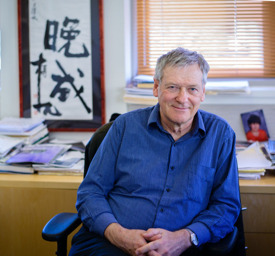 Zaffarano Lecture in Physics - Roger Blandford is an astrophysicist widely recognized for his contributions to the study of black holes. He directs of the Kavli Institute for Particle Astrophysics and Cosmology at Stanford University, where he is the Luke Blossom Professor in the School of Humanities and Sciences.

Albert Einstein’s General Theory of Relativity implies that black holes could exist, astrophysicists demonstrated that they should exist, and astronomers, observing with many different telescopes have demonstrated that they are common in the universe. They are found with masses ranging from a few times to more than ten billion times that of the sun. They are observed from the lowest radio frequencies to the highest energy gamma rays and most recently through gravitational radiation. We are getting close to the point where they can be imaged directly so that we should be able to test our ideas of how they work. The strange and wonderful behavior of black holes will be described and compared with some alternate realities created in the movies.