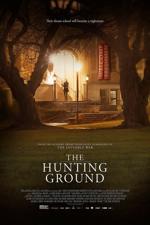 The statistics are staggering. One in five women in college are sexually assaulted, yet only a fraction of these crimes are reported, and even fewer result in punishment for the perpetrators. The ReAct Gallery presents The Hunting Ground, a piercing, monumental exposé of rape culture on campuses, poised to light a fire under a national debate. The film will start at 6 p.m.

The film captures the stories of Andrea Pino and Annie Clark, survivors who are taking matters into their own hands--ingeniously employing Title IX legal strategy to fight back and sharing their knowledge among a growing, unstoppable network of young women who will no longer be silent. Since the film's premiere at Sundance, it had been screened at the White House and hundreds of college campuses across the country. The documentary has inspired new laws in New York and California and changes in campus policies.

Please join us at 5:30 for light snacks and refreshments in 2019 Morrill Hall. All are invited to view the ReACT Gallery Green Dot Exhibition after the showing.