Lecture: Why the First Amendment Is Worth It 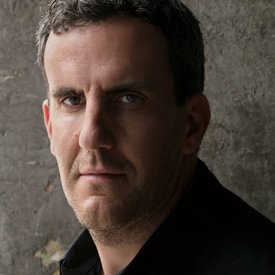 Paul Kix, a deputy editor at ESPN the Magazine and an alum of Iowa State's Greenlee School of Journalism and Mass Communication, will discuss why 2018 is a critical year for celebrating and using the five freedoms of the First Amendment.

Paul Kix is an alum of Iowa State’s Greenlee School of Journalism and Mass Communication. Since he graduated in 2003 Kix has written for such publications as the New Yorker, GQ, New York, Men’s Journal, and the Wall Street Journal.

His first book, The Saboteur, was just published by Harper, an imprint of HarperCollins. It’s a nonfiction narrative based on the war exploits of Robert de La Rochefoucauld, a French aristocrat who became a Resistance leader during WWII, escaping three times from the Nazis, and gaining expertise from a secret band of British commandos on whom Ian Fleming based James Bond.