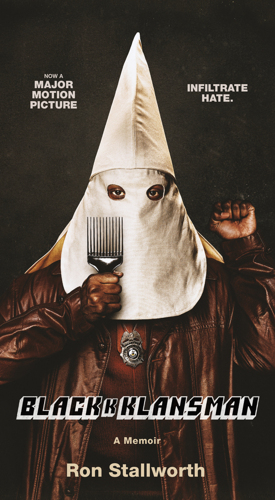 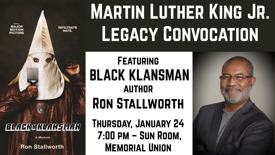 Join us for Iowa State's university-wide celebration of the life and legacy of Dr. Martin Luther King, Jr. This year's program features keynote speaker Ron Stallworth, whose extraordinary story of being a black detective who infiltrates the Ku Klux Klan is the subject of Spike Lee's recent movie BlacKkKlansman.

As the first black detective in the history of the Colorado Springs Police Department, Ron Stallworth overcame fierce racial hostility to achieve a long and distinguished career in law enforcement. It was in 1978 that he responded to a KKK recruitment ad using his real name while posing as a white man. With the help of a partner standing in as the "white" Ron Stallworth, he was able to sabotage cross burnings and expose members of the white supremacist group. Stallworth will discuss the months-long investigation and Black Klansman, the memoir he subsequently wrote to share his experiences of a deeply divided America.

The Advancing One Community Awards will be awarded prior to the keynote address.