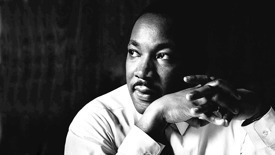 Celebrate with song, story and birthday cake. An Ames tradition! Join us at 6:00 for cake and music, followed by an hour-long program beginning at 6:30pm.