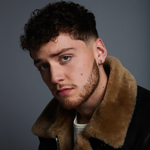 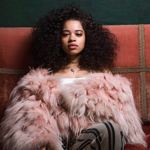 TICKETS
Tickets are $39 ($25 with an ISU student ID in advance, $30 with an ISU student ID the day of the show) and are available online via www.midwestix.com, and in the Maintenance Shop Box Office in the Memorial Union, in person or by phone (515-294-8349), weekdays 11am-5pm. A 3% service fee is applied to all online purchases and a $1 per-ticket service fee is applied to all telephone orders. All tickets are additionally subject to a $2 MidwesTIX service fee. A valid ISU student ID will be required onsite at the point of entry for each ISU student ticket purchase to avoid an upcharge to the public price.

THE ARTISTS
R&B artist Ella Mai rose to prominence in 2018 after her breakout hit, the Grammy-winning, "Boo'd Up," reached number five on the U.S. Billboard Hot 100 chart. She released her eponymous debut album later that year, featuring additional hit single "Trip" that reached number 11 on the U.S. Billboard Hot 100 chart. Ella Mai has been nominated for two Grammys for Song of the Year and Best R&B Song, winning for the latter. She has also been nominated for British Breakthrough Act at the 2019 Brit Awards and her 2019 debut tour has sold out in both the U.S. and Europe.

Pop/R&B artist Bazzi, best known for his hit single "Mine" and his recent single "Beautiful," featuring Camila Cabello, started out singing on Vine in 2013, by 2015 he had amassed 1.5 million followers and became the first artist to release a Vine Featured Track titled "Bring Me Home." In April 2018 Bazzi released his debut album Cosmic and in the same month his single "Mine" reached No. 11 on the U.S. Billboard Hot 100 chart. In August 2018, Bazzi joined Justin Timberlake's Man of the Woods Tour as the opening act for the European leg.