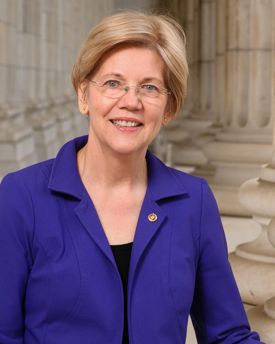 In 2012, Elizabeth became the first woman from Massachusetts elected to the United States Senate. As a Senator, she has fought to hold the wealthy and well-connected accountable and ensure our government works for everyone. Elizabeth and her husband Bruce have been married for 39 years. They have three grandchildren and a golden retriever named Bailey. Doors open at 5pm.
Loading...