From asymptotic freedom to confinement, study of quark-gluon plasma to the future Electron-Ion Collider experiment 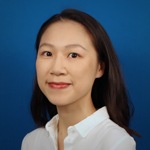 Quantum Chromodynamics (QCD), which describes the interaction of quarks and gluons, is one of the cornerstones in modern physics. However, QCD is still incomplete nearly six decades after it was introduced in 1960. The asymptotic freedom feature of QCD predicts that the bonding between quarks and gluons fades in a newly explored kinematic condition which is extremely hot and dense, and the quarks and gluons can move freely like perfect liquid. This deconfined phase of quarks and gluons is known as a quark-gluon plasma (QGP) and can be produced using the Relativistic Heavy Ion Collider. Before the formation of QGP, hard scattering processes in the early stages of collisions lead to the creation of high momentum partons (quarks and gluons) which then fragment to sprays of collimated particles known as jets. Due to the presence of QGP medium, the hard-scattered partons lose energy to the medium causing modification to the final state jets. Hence, the study of jet modifications including broadening and energy loss can provide insight into the QGP medium properties.

However, at everyday length and energy scales, quarks and gluons are constrained to the interior of hadrons via confinement. The configuration of the confined partons gives rise to the different hadron species and their properties, such as mass and spin. However, even for familiar particles such as the proton, the exact nature of the partonic interactions that give rise to these properties remains unclear. To construct the comprehensive proton tomography in different phase spaces, the next era of nuclear physics requires an Electron-Ion Collider (EIC). One criterion of EIC detector design is particle identification (PID) capability at different momentum range to measure the constituents of proton. Hence, the modular RICH detector (mRICH) is proposed for the electron-going direction of the EIC detector. mRICH is a compact aerogel ring-imaging Cherenkov detector with a focusing Fresnel lens to overcome the space limitation in the EIC detector while providing kaon/pion/proton separation up to 10 GeV/c in the electron-going direction.

The first part of this talk will show the recent results of jet modification via ?0-hadron azimuthal correlations in 200GeV Au+Au collisions using PHENIX data. The recent results indicate angular broadening and energy loss of jets due to the presence of the QGP medium. The second part will introduce the mRICH detector design and present beam test results which verified the detector's working principle.