Climate Preparedness and Resilient Cities: What It Means in Iowa 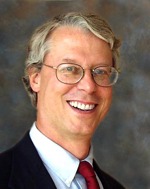 Des Moines Mayor Frank Cownie was one of eight U.S. mayors recently appointed to the State, Local and Tribal Leaders Task Force on Climate Preparedness and Resilience. Part of the 2014 Symposium on Sustainability

Mayor Cownie has been an advocate for environmental sustainability within the U.S. Conference of Mayors and the Local Governments for Sustainability (ICLEI), and he was invited to participate as a local government delegate at the International Climate Meeting in Copenhagen, Denmark. Prior to serving as mayor, Cownie served for two years as an at-large member of the Des Moines City Council. He also served several terms on the Planning and Zoning Commission and was chairman of Downtown Des Moines, Inc.

The State, Local and Tribal Leaders Task Force on Climate Preparedness and Resilience has been charged with making recommendations to the White House for developing and financing tools to improve preparedness at the local level for increasingly frequent extreme weather conditions.