The LGBT Athletes and Moments That Changed the Sports World Forever 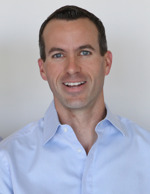 Cyd Zeigler is one of the world's leading experts on LGBT sports issues, a cofounder of Outsports.com, and coauthor of The Outsports Revolution: Truth & Myth in the World of Gay Sports. Part of Coming Out Week.

As the cofounder of the Nike LGBT Sports Coalition, Cyd Ziegler has his finger on the pulse of the LGBT sports movement. He serves on the Advisory Board for both GLSEN's Changing the Game and GO! Athletes. Ziegler has appeared on national television on ESPN, CNN, ABC, NBC and TruTV. He has been profiled by the New York Times and has been quoted as an LGBT sports expert in such media outlets as Sports Illustrated, the Los Angeles Times, NPR and the BBC. In addition to Outsports.com, he also writes for the Huffington Post and SB Nation. He has an undergraduate degree in communications from Stanford University.