Closets are for Clothes: Being LGBT in Black America 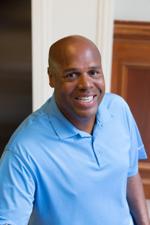 Juan Battle is a professor of Sociology, Public Health, & Urban Education at the Graduate Center of the City University of New York (CUNY).

The Social Justice Sexuality Project is one of the largest ever national surveys of Black, Latina/o, and Asian and Pacific Islander, and multiracial lesbian, gay, bisexual, and transgender (LGBT) people. With over 5,000 respondents, the final sample includes respondents from all 50 states; Washington, DC, and Puerto Rico; in rural and suburban areas, in addition to large urban areas; and from a variety of ages, racial/ethnic identities, sexual orientations, and gender identities. This talk will focus on findings from Black respondents.