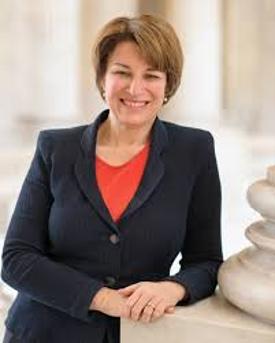 "Women Leaders: Building Bridges to Get the Job Done," Amy Klobuchar became the first woman elected to represent Minnesota in the U.S. Senate in 2006 and is currently serving her second term in office.

Senator Klobuchar has built a reputation for working across party lines, including on landmark pieces of legislation to end human trafficking, to combat the opioid epidemic, and to improve the lives of veterans. She championed a long-term Farm Bill in 2014 and was one of fourteen senators who fought to create a bipartisan debt commission.