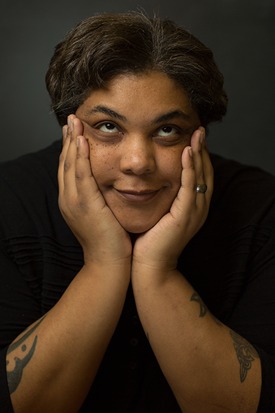 Roxane Gay is an author and cultural critic whose collection of essays "Bad Feminist" is considered the quintessential exploration of modern feminism.

In her most recent book, Hunger: A Memoir of (My) Body, Gay reflects on her struggles with weight, trauma, and self-image. Her other books include the novel An Untamed State and a collection of short stories, Difficult Women. She is a contributing op-ed writer for The New York Times, was the coeditor of PANK, and was the nonfiction editor at The Rumpus. She recently became the first black woman to ever write for Marvel, with the comic series World of Wakanda. Gay is an associate professor of English at Purdue University, teaching creative writing.