Lecture: The Art of Mindfulness 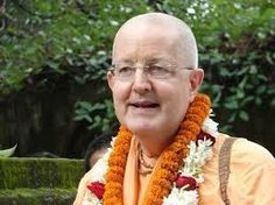 Romapada Swami is a Vaishnava monk, a scholar on Eastern (Vedic) thought and philosophy, and a highly respected spiritual leader with the International Society for Krishna Consciousness.

Romapada Swami was admitted to medical school but decided instead to follow a spiritual path, taking sannyasa, the renounced order of life, in 1983 and became an initiating spiritual master in 1985. He served ISKCON as associate director of public affairs in the 1970s and has subsequently held several positions within the Governing Body Commission.