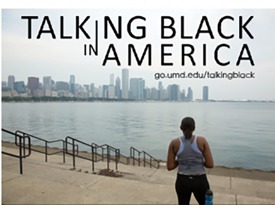 The film "Talking Black in America" showcases the history and symbolic role of language in the lives of African Americans and highlights its tremendous impact on the speech and culture of the United States. It addresses the persistent misinformation about African American speech and situates it as an integral part of the historical and cultural legacy of all Americans.