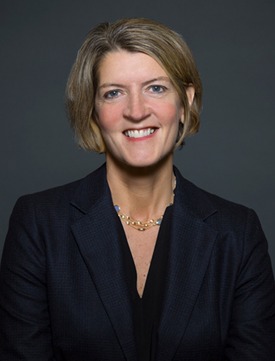 Beth Ford is president and CEO of Land O'Lakes and an Iowa State Ivy College of Business graduate.

Beth Ford is the first female CEO of Land O'Lakes, one of the nation's largest food and agricultural cooperatives, and the first openly gay woman to lead a Fortune 500 company. Prior to joining Land O'Lakes in 2011, she had excelled in executive operations management and supply chain roles at International Flavors and Fragrances, Mobil Corporation, PepsiCo, and Scholastic.

Ford, who has been listed among Fortune Magazine's "World's Greatest Leaders" and "Most Powerful Women in Business" was raised in northwest Iowa, one of eight children whose first job was detasseling corn.