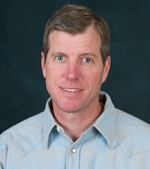 John McKay is a Professor of Plant Evolutionary Genomics at Colorado State University. In his faculty position, McKay leads a research group on the genetics of adaptation in crops and model systems, with a focus on drought adaptation and improving sustainability of food and feed production. In 2014, when US ended prohibition of hemp, McKay co-founded New West Genetics to apply modern genomics and breeding to Cannabis sativa. His research examines evolution and gene function at both the phenotypic and molecular levels. McKay's genetic discoveries are in the commercial breeding pipeline for multiple crops. McKay's publications have been cited over 6,000 times, and he serves on scientific review panels in the US and internationally. McKay is a fellow of the American Association for the Advancement of Science.

Abstract: My research is motivated by evolutionary questions regarding the types of traits, genes and mutations that underlie adaptation. My major focus is understanding Genotype x Environment interactions, and I strive to generate empirical data in model systems and crops. In crops, the applied motivation is that current production systems represent a local maximum in terms of inputs and outputs. Incremental changes to these current systems can make minor improvements, but the same major tradeoffs (depleting water supplies, nutrient runoffs, etc.) will exist. I will present research on the genetics of maize roots, and the role such knowledge can play in optimizing corn for drought adaptation, nutrient use efficiency and carbon sequestration. I will also present more foundational research on a returning crop, industrial hemp. Since hemp was illegal for decades spanning green revolution and modern breeding, the US lacks cultivars adapted to our production environments. Likewise, production agronomy has yet to be standardized for US hemp, which creates an opportunity to maximize sustainability when defining selection targets in a breeding program.