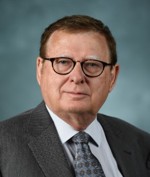 Stephen Duke received a M.S. degree in Botany from the University of Arkansas in 1968. After serving in Vietnam, Steve attended Duke University, where he received a Ph.D. in Botany and Biochemistry in 1975. He spent 21 years at the USDA, ARS Southern Weed Science Laboratory in Stoneville, MS, the last 9 years as Laboratory Director. He founded the USDA, Natural Products Utilization Research Unit located on the campus of the University of Mississippi. He retired from USDA in early 2000, and since then has been a Principal Scientist at the National Center for Natural Products Research, an institute of the School of Pharmacy of the University of Mississippi. He published almost 500 highly-cited, peer-reviewed research papers and reviews, most of which deal with some aspect of weed biology or weed management. He is also author or editor of 12 books, including a text book on mode of action of herbicides. For the past 10 years, he has been Editor-in-Chief of the journal Pest Management Science. Steve has been President of the Weed Science Society of Mississippi, the Southern Weed Science Society, the Weed Science Society of America, and the International Weed Science Society, as well as the International Allelopathy Society and Chair of the Agrochemical Division of the American Chemical Society. His many awards include an honorary doctorate from the University of the Basque Country, Fellow of the American Chemical Society and the American Association for the Advancement of Science, and election to the USDA, ARS Hall of Fame. He is best known for his work on mode of action of herbicides, but his work has extended into herbicide-resistant crops, evolved herbicide resistance, secondary effects of herbicides, insecticides, fungicides, insect repellents, pharmaceuticals, and basic plant physiology and biochemistry.