Online Presentation: Designing Coursework as a Game with Lee Sheldon 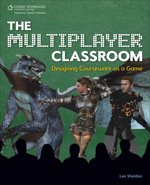 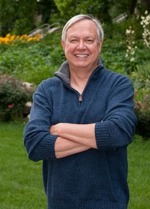 Everywhere educators from K-12 to university professors are attempting to negotiate the widening gap between decades-old teaching methods and the parallel-processing and social-networking students of today. They recognize that students seem more focused on video game challenges than their classes, but literal efforts to use video games to teach have met with uncertain success.

A Game-Based Learning Community online discussion with Lee Sheldon, Associate Professor, the Communication and Media Department and Co-Director of the Games and Simulation Arts and Sciences program at Rensselaer Polytechnic Institute in Troy, New York
===============================
Registration is required for this event.

LIVE EVENT
This event will be STREAMED live in 2030 Morrill on Tuesday, Apr. 7 hosted by Wei Wang, and Dennis Culver our Game-Based Learning FLC Co-Facilitators

ONLINE SYNCHRONOUSLY
If you are unable to attend in-person - you may login via ZOOM:
Please click this URL to start or join. https://iastate.zoom.us/j/962507406

AVAILABLE AFTER THE EVENT
In addition, the presentation will be recorded via Zoom and available at a later date CELT's YouTube channel.